The question is:
How to explain that the Bible has authority?
That the Bible is unique is not the question. But why is it unique? Ask different people and you will get different answers, for different people read the Bible for different reasons, approaching it in different ways according to their particular contexts and their particular interests, subject to different influences. Are there, among the many and various answers given to the question, correct ways of addressing it?
Most Christians would say that the Bible has unique authority. Some simply accept this proposition and think no further about it. They would not be thinking in terms of authority at all. They turn to it for comfort in sorrow, for help in day to day life, for devotional purposes. When is it appropriate then to speak of the Bible as having authority? Others, in accepting biblical authority, seek to give an account of why it has that authority. One account has a long history within different contexts and is held by many conservative Christians today. These claim that the Bible is inspired, that the inspiration is from God, and so the Bible has divine authority. This belief is elaborated in many different ways. This book indicates that these many ways make the concept of inspiration a most ambiguous idea, and one not suited for the purpose of establishing biblical authority. Since this is the case we must ask why and then pursue the quest for an alternative answer. Bur first we must answer the question, What sort of authority are we attributing to the Bible? or Is it a unique authority quite different from others, scientific, historical, moral and independent of them?
The Bible tells vast numbers of stories. It speaks in many different kinds of symbolic language,
A common designation for the Bible is that it is the ‘Word of God’. What is sometimes said to follow from this is that it is his communication, however he made it, to us human creatures through intermediaries whom he chose and with whom he worked in special and often unusual ways. The frequent model for the explanation of inspiration is that of the prophet. The details of the process are explained in different ways. Some downplay the human element in the process by which the human agents came to produce the writing.
This explanation claims that Scripture has authority on account of the origin and the process of its inspiration. Not all explanations express the extreme view that the very words were provided to the passive but receptive agents who then wrote down those words in their language.
But however the words got into the mind of the prophet and later onto the scroll or page, the process was inspired. Our language was not one of the original ones. So the process of translation was also inspired.
This book provides evidence for the confusing ambiguity that results when this line of thinking is proposed. A traditional belief about the Bible can be expressed in three propositions:
(1) It discloses truths about God and the world not available elsewhere.
(2) It is authoritative, equally and in all its parts.
(3) It is exempt from error.
When we ask ‘How is the Bible used?’ if ‘used’ is the proper word, we find that very different answers are given. The words and sentences of Scripture get interpreted in many ways. Can we find right and wrong ways of answering this question?
Give your answer to this question. Think of what it implies
The simple believer seeks consolation, guidance, assurance in Scripture. The church seeks doctrine and derives it by interpreting selected writings of Scripture to frame a set of teachings, which are then often seen to share the authority of Scripture. Scholars have their own interests and methods in approaching Scripture. For example, they may be seeking the solution of historical issues. Other examples include researching  context and dating of particular writings, analysing how the text has been transmitted, searching for evidence for historical events referred to in Scripture, exploring how an accurate text is to be constructed from the evidence, finding and presenting the historical and cultural background of the writings and of oral traditions that ended up as components of the ‘books’.
Some approach the Bible with no interest in the historical or contextual background of the texts being read. Others have a scheme of interpretation already in mind as passages of Scripture are read and pieced together with other texts and used as ‘proof texts’ to create doctrines.
The claim that Scripture has unique authority is universally believed by the Christian. But there are right and wrong ways of defining and then accounting for that authority. This book examines that issue in some depth, as well as addressing itself to the other issues raised above, as it examines carefully the idea of inspiration. For conservative sections of the church assert that the Bible has authority because it is inspired. This claim calls for careful examination. It must take account of the fact that the concept of inspiration is a highly ambiguous term. So it must be carefully articulated. For it lends itself to a series of category mistakes. The book examines these by setting out the meaning of authority in this context. An inspired writing has no authority unless its ideas are transmitted to a receptive subject, society, or circle. It has authority only as it is read and interpreted. And it can be interpreted in different ways.
The answers to the question about inspiration are multiple and complex, and very ambitious, like the concept of authority it seeks to underwrite.
Why is the doctrine of inspiration constructed and what is it then employed to achieve?

When the church, for example, interprets Scripture and produces a set of doctrines, it often claims that those teachings share the authority of the Scripture itself. Then the idea of ‘inspiration’ may be employed to underwrite the obligation to accept the teachings of Scripture as interpreted. So arises a tradition of interpretation.
Two sources of authoritative doctrine (= teaching) thus emerge, Scripture and tradition, often associated respectively with Protestant and Catholic. Whether this division is proper and how it might be made is given attention in this book, which insists that to understand the issue you must seriously consider the procedure of the hermeneutic involved. Any appeal to Scripture for doctrinal purposes must recognize that how you interpret will determine the outcome of the doctrine invoked. So you must ask what assumptions have been invoked in the process.
It is because Scripture is interpreted according to different principles taken as normative that differing teachings emerge. Scripture is claimed as foundation for many divergent hermeneutics and for the doctrines they produce. Scripture has authority for those who so interpret it and for those who accept the proffered interpretations. The authority of Scripture is conditioned by the acceptance and employment of particular methods of interpretation. So both Protestants (of many different stripes) and Catholics agree. The results of interpretation of Scripture that each provides become normative, and the term ‘tradition’ is quite appropriately used of the results. Protestants appeal to tradition in appealing to the authority of their teaching, Catholics have made appeal to tradition an essential part of their outlook. Both are concerned that theirs is the correct way of interpreting Scripture. To speak of understanding the Bible is to attempt to find a profitable way of interpreting Scripture. Recognize that Scripture contains a great variety of writing, a multitude of stories and symbols, indeed a lot of non-literal writing and it becomes impossible to claim that everything is to be interpreted literally.

by H. Van Dyke Parunak Readers of Except for Fornication (Energion, 2011) will recognize that I hold a very high view of Scripture. In my own pilgrimage, I find Deut. 29:29 a useful guide to the implications of such a view, and it shaped the exposition in the book. “The secret things belong unto the…

In a recent post here, Dr. David Alan Black wrote, “The humility of Christ doesn’t grant us permission on this Fourth to call out our fellow Christians for feeling patriotic or to harp about a revolution in 1776 that was probably at odds with Paul’s teaching about submission to civil authority in Romans 13.” In…

from the personal blog of Dr. Allan Bevere, pastor, professor, and author of Politics of Witness: The Character of the Church in the World, Colossians and Philemon: A Participatory Study Guide, and more Christians have always struggled to view the whole of Scripture as authoritative in a practical sense, but it has become fashionable of late to…

by Dr. Thomas Hudgins, translator of Aprenda a Leer el Griego del Nuevo Testamento How did Jesus go from walking around Galilee, teaching the multitudes, healing the sick, and dining in people’s homes to having his body marred more than any other human in history and eventually giving his life for the sins of the world… 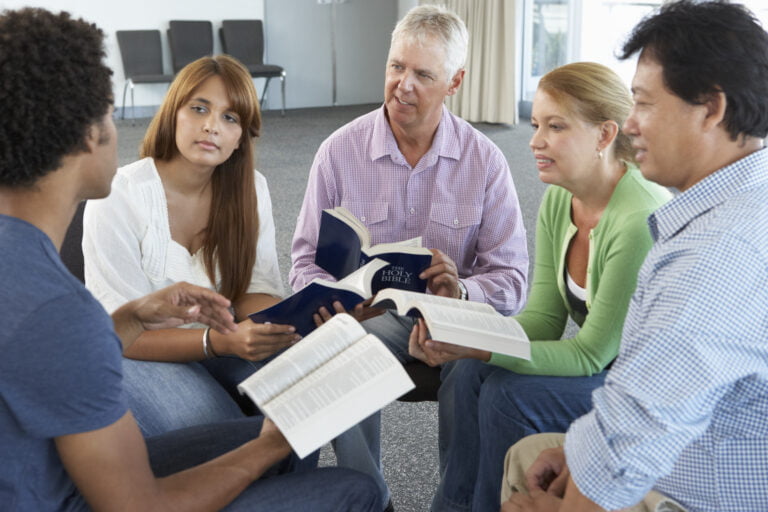 by Dr. Bruce G. Epperly, pastor, professor and author of Process Theology: Embracing Adventure with God, Ruth and Esther: Women of Agency and Adventure, and more!   The Bible is a book of relationships and nowhere is it more evident than in the Books of Ruth and Esther. Ruth’s and Naomi’s survival depends on their care for…