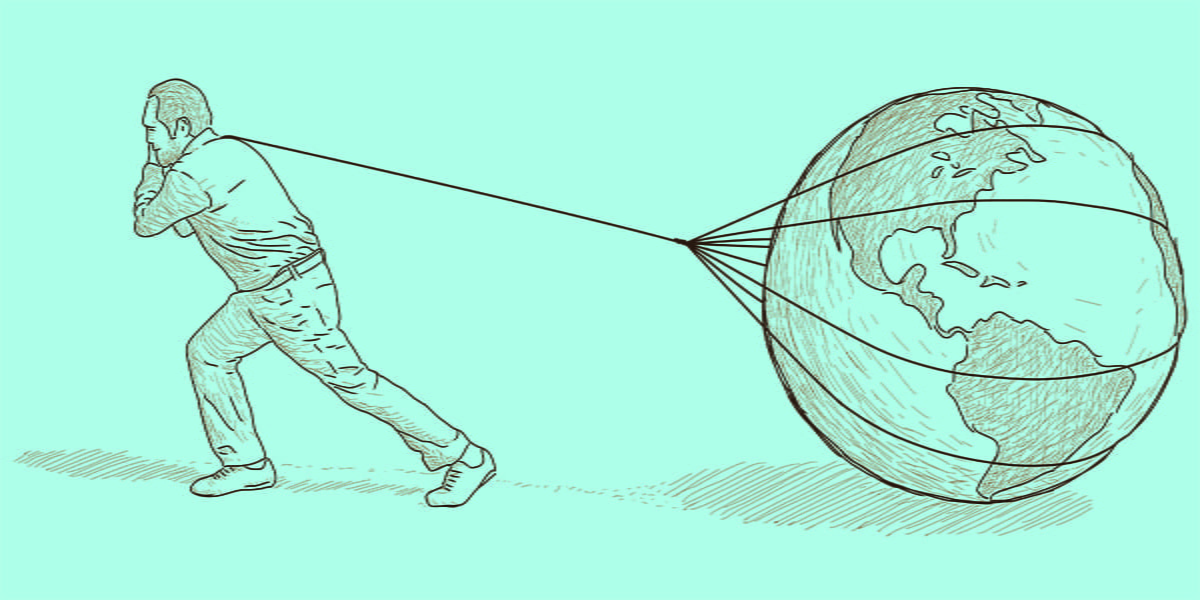 [Editor’s Note: This is another post in our series of “Why I changed my mind.”]

I am the grandson and great grandson of two North Dakota state senators. In fact, my great grandfather, Steen Nelson, was the first state senator in his district when the state was accepted into the Union in 1889. His son and my namesake followed him in office. Steve Nelson’s only child was a woman, so that ended our family’s lineage in the senate. (Women earned the right to vote six years after my mother was born,) Norman Brunsdale, the state governor at the time, was my grandfather’s best friend. My family ate dinner at the governor’s mansion so often, it was like a second home. Later, when Brunsdale became a U.S. Senator, he called on my brother where he was serving in the army in Germany. The chief justice of the North Dakota supreme court was often a guest in our home.
My family was steeped in conservative Republican views. We loathed FDR and JFK. Barry Goldwater represented our views perfectly. I cast my first presidential election vote for him. I became the son and grandson that made the family proud. Naturally, I was encouraged to follow the men of the lineage into politics. This led me to a very conservative Christian college where I first majored in political science. My intention was to return to North Dakota with eyes on public office.
But, something happened. I became a Christian. I was convinced that politics was a secondary pursuit, and that I should change my major to Bible and enter the ministry. However, Right Wing politics would be my handmaiden in my ministry, as I saw it as what God wanted for America. My controlling understanding was this: If America can get its politics right, everything else that follows would be good and right.
A lot has happened over the years to move me away from right Wing politics in particular and politics in general. It parallels my move away from fundamentalism and into progressive Christianity. Where I once felt that what was best for the individual was best for the nation, I now believe that the community’s needs are prior. As an example, quality health care in America is based on one’s ability to purchase it. This leaves out millions of Americans who can’t afford it. For me, health care is a right, on par with any right articulated in the Bill of Rights. To achieve this end, those who can afford it, will be the source for those who can’t. My model for this is the idealized conception of early Christianity practiced by the Jerusalem church where everything was held in common, and everyone’s needs were met by the whole church.
Today, I am as far removed from the political as possible. It has become increasingly apparent to me that not only is politics not the answer, it is largely the problem. As long as we believe that a political solution will cure our ills, we will never attempt to implement God’s realm on earth.
I recently conducted a seminar I call “Jesus versus Caesar.” In it, I attempt to show that Jesus’ ministry was the counterpart to how Rome ruled the world. Jesus vision of how God wished the world to work was in opposition to Rome’s view, and led to his crucifixion as an enemy of the state. Rome’s use of military might, oligarchy and its patronage, usury, and income inequality, all reinforced by Imperial Religion, served as a contrast to Jesus’ message of the Kingdom of God as an egalitarian community ruled by Jubilee. Luke  4:16-19 In this community, the only rule is the Golden Rule. The only ethic is love God and our neighbor as ourselves. There are no enemies, only each other and our call to work for the well-being of one another.
Politics works on another plane altogether. Its notions of “to the victor goes the spoils,” divide and conquer, us versus them, winners and losers, has no place in God’s vision for the world. Therefore, I engage in political conversations merely as a good citizen. I have no illusions that anything resembling the Kingdom of God will emerge from political activity. With the church’s consumerist mentality and unwholesome entrance into the political sphere, I have my doubts that it can do any better than Rome.
[slideshow_deploy id=’2356′]

by Darren M. McClellan Some years ago, a man confessed to his pastor an occurrence in which his good intentions had gone awry. This was his story: believing it was time for him to ‘step up’ his efforts as the spiritual leader of his household, the man decided to rededicate himself to the discipline of…

by Henry Neufeld, Energion Publisher We rolled out a new theme over the weekend. More about that in a few paragraphs … A couple of months ago I sent out an e-mail to a few of the people whose advice I count on regarding the slogan we use on the Energion Publications web site: Educate!…

One of the huge problems with this discussion is that you are extremely sloppy with the presentation of your claims, frequently without any clarifying examples, such that I am often left wondering if you are really that wrong, or if you actually mean something other than what you seem to say;  but if so, what…

Andrew Rozalowsky, blogger, seminary student, cancer survivor, and lover of God’s Word, interviews David Alan Black on the subject of scholarship in service of the church.

One of the ways in which a president shapes the future of the country is through appointments to the judiciary, and especially the Supreme Court. How do you see each candidate shaping the future of the court, and why is this important? (If you are supporting a particular candidate, focus on that one.)