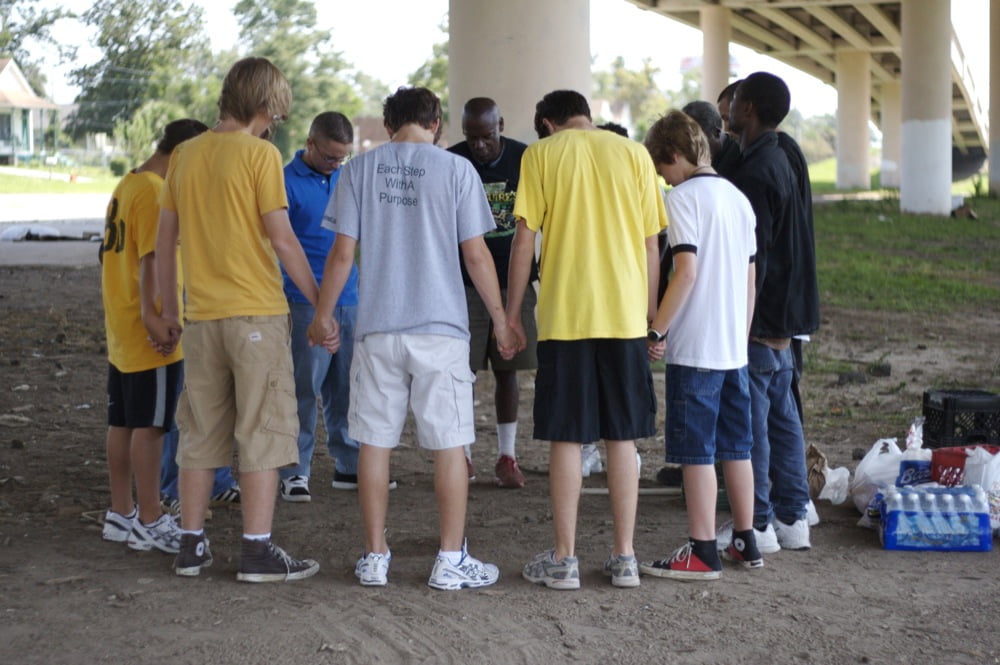 After the school shootings in Parkland, Florida, the political class issued its now familiar response, “Our thoughts and prayers are with the victims and their families.” Interestingly, the very people it was supposed to mollify were outraged, prompting the response of voice and sign, “Prayer is not enough.” And it surely is not enough.
The well-known story of the Magi’s visit to Herod is illuminating. It resulted in the deaths of all the male children aged two and under in Bethlehem and environs, because Herod’s position as king was threatened by the news they brought about a “King of the Jews” being born there. Were it not for an angel warning Joseph in a dream to get out of town, Jesus would surely have been in that number.
There are several issues that arise from this story that have implications for Parkland (and all the other mass shootings of innocents of late). Among these are that Herod feigned piety all the while he was plotting to save his throne; the politicians who offered prayers are often noted to be anything but pious (especially our president). The motivation for Herod was potential loss of political power; our political class today has the same motivation. While Jesus was spared, an unknown number of innocents were not; surely the pious families prayed for the protection of their children. Jesus was unable to return safely to Judea as long as Herod was alive; as long as the potential exists for mass extermination, no child will be safe in our schools.
Prayer did not help the children of Bethlehem, nor the seventeen who died in Parkland. It will likely not help you or me in any threatening situation. No person is relieved of the vagaries or vicissitudes of life. As Ecclesiastes put it, “Time and chance happen to all.” When I hear, “Why me?” (or my child, or my friend…), I am tempted to ask, “Why not you? Why are you to be relieved of misfortune that befall others? What makes you so special?” Even Jesus did not escape the inevitability of tragedy—an unjustified death on the cross.
The answer to our present difficulty—too many guns available for harm—lies in the Herod story. As long a Herod was alive, Jesus was not safe and innocent people died. As long as we make guns readily available, no one is safe in America. Prayer will not change this unless you agree with this sentiment: “Pray as though everything depended on God, and act as if everything depended on you.”
Unanswered questions:
1. If an angel could warn Joseph so Jesus could escape, why not have an angel kill Herod and let all escape? After all, an angel killed all the first-born sons of the pharaoh. Why not send an angel to kill all mass murderers? (Yes, I know, God works in mysterious ways.)
2. Why do so many of our urgent prayers go ignored? Pastors, think of all the times you prayed over spouses whose marriage was falling apart, to no avail; think of all the parents you prayed with whose child needed relief from drugs, crime, etc., to no avail; think of all the times you prayed for God to heal only to learn of continued chronic illness or death? Just to mention a few. (I know, God says, “No.”)
3. Why does “the right to bear arms” trump the right to live without fear of being murdered by one?
The doctrine of the Sovereignty of God, which refers to God being in complete control as he directs all things, has to go. Sure, you may tell me that God allows humans their free will and therefore accepts, consequently, innocent deaths. If, then, the survival or not of the people at Stoneman Douglas is finally left to chance, then prayer is not a factor at all. Surely the solution is found somewhere between “It’s God’s will,” and Chance.
Perhaps a rabbi offers us a suitable explanation. How does God make a difference in our lives if he neither kills nor cures?

“God inspires people to help other people who have been hurt by life, and by
helping them, they protect them from the danger of feeling alone, abandoned, or judged. …
God, who neither causes nor prevents tragedies, helps by inspiring people to help.”
(Harold Kushner, When Bad Things Happen to Good People)

God, we are told, began the creation of the world by bringing order out of chaos. This is the continuing reality of daily life in the cosmos. Ultimately, I believe that chaos will finally be fully ordered into Shalom—perfect wholeness. In the meantime, we are caught in the squeeze between the two. The “God, who neither causes nor prevents tragedies,” has not abandoned us to our fate, but calls us to assist in defeating the chaos of our world.
The students and faculty of Marjory Stoneman Douglas High School show us the way. We are to come together as a family, protect one another, expose the Herods of our world, and use nonviolent means (the ballot box and organized resistance) to overcome. But, please, if you think “prayer is the answer,” put your actions solidly behind your petitions.
Rev. Steve Kindle, a retired minister, conducts a variety of seminars in churches across the country. He is the author of Stewardship: God’s Way of Re-creating the World, If Your Child is Gay, Marriage Equality: Why Same-sex Marriage is Good for the Church and the Nation, and I’m Right and You’re Wrong. 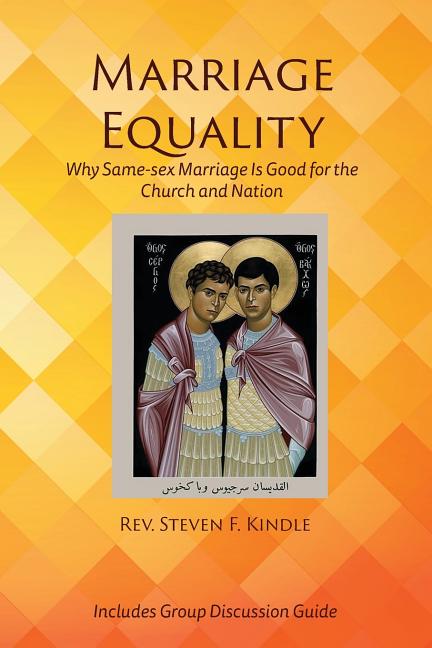 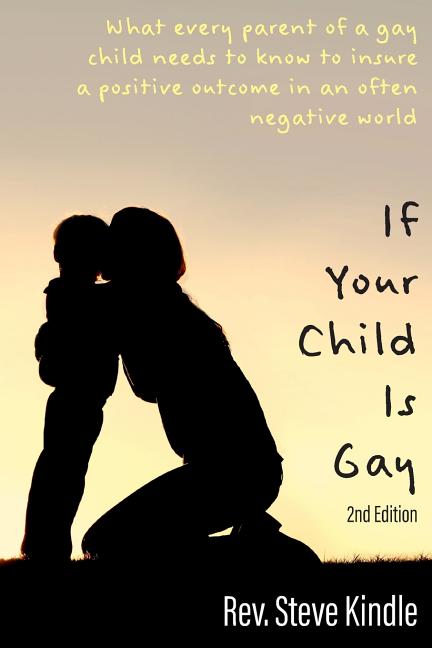 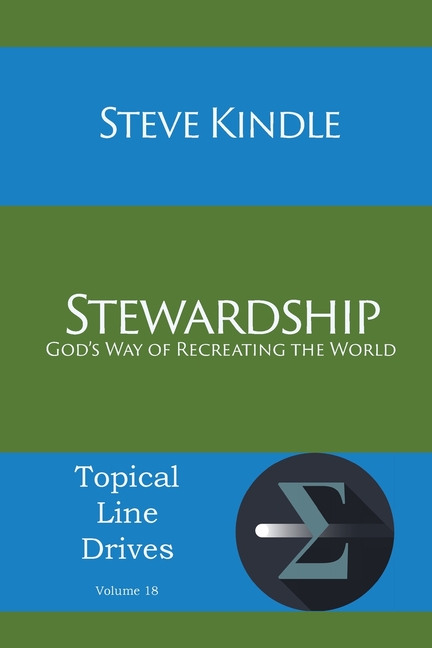 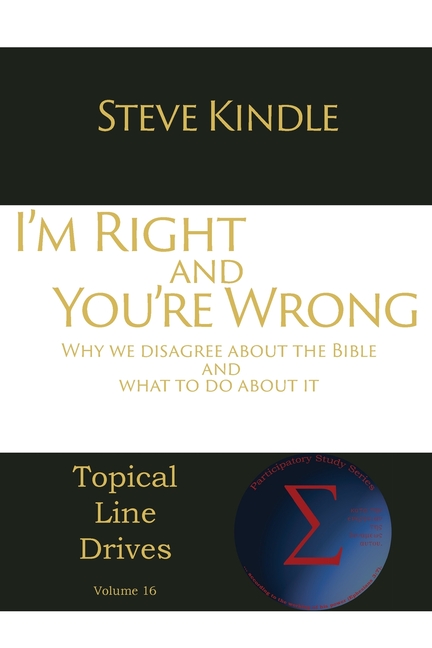 As I read Joel Watts’ answer, I first found a lot that I agreed with, but soon the differences emerged.  I agree that there is a significant social component to this issue.  What we do as individuals often impacts others.  But while I agree in broad concept, we will probably disagree over the details and…

And now for the answers to Question #6 in the Great Energion Political Roundtable. In no particular order: Bob Cornwall Arthur Sido Allan R. Bevere Joel Watts Elgin Hushbeck, Jr. Elgin also posted a response to the answers. Remember:  Everyone is invited to get involved!

by Dr. Ronald Higdon, retired pastor and author of In Changing Times: A Guide for Reflection and Conversation and Surviving a Son’s Suicide. “The sea is so great and my boat is so small.” When I first heard that many years ago I had no idea just how immense that sea would become and how much my tiny…

Question 1:  While there is considerable agreement between our views a major difference between us, and I believe between liberals can conservatives in general, is over the competing goals of liberty and equality.  You see equality or as you put it, “leveling the playing field” as one of the driving principles of government.  Where does…

A brief discussion of ANTONY FLEW, JOHN HICK AND FREEDOM1 John Hick summarized the traditional freewill defense as an argument with three phases. First, God’s omnipotence is defined as excluding the capacity to perform what is logically absurd. Secondly, to claim that man is free to assert that he can choose between right and wrong….