Dr. Dolly’s Mine Your Memories Column #2

Ivan the Not Only Terrible

Like much we’d rather not face, weather disasters can be a blessing as well as a curse. The 2004 Hurricane Season from Hell certainly tormented and tested Floridians. One of this year’s four monsters to damage our state in 2004, Ivan the Terrible smashed the Pensacola area September 16, and we’re still reeling. Even as progress has been remarkably swift and sure, nothing looks or feels the same.

Thousands have faced calamity, catastrophe, some, even tragedy. We all know people who are suddenly homeless. Everyone here is coping with, at the very least, incredible mess and stress.

When travel is limited and resources scarce, proximity matters. Families and closest friends may be inaccessible, even just across town. Immediate neighbors must relate, must depend on each other as they may never have before, bartering simple acts of kindness, from gas runs to shared food, water, ice, even shelter. Strong arms and backs gain value. Crucial information is priceless. These are the new gold standards, the basics.

The past returns to life. How many kids—or even younger adults—had never seen dishes or clothes routinely washed and boiled by hand or towels and clothes flapping on ropes hung between trees? With unexpected weeks out of school and without power, children are forced to rely on near-atrophied imaginations, to actually live at home and in their own neighborhood (or elsewhere, as storm refugees) rather than in parental cars and vans racing to this game or class or club or that mall. Children actively participate in survival and clean up; they contribute to family life, and maybe even to their neighborhood or community. All ages must cope with drastic change. Some learn the hard lessons of extreme loss, and gain wisdom.

Human communication, especially face to face, is more obviously essential than ever, as we each learn and each teach: Where to find gas with shorter lines? How to get emergency meals (compliments of the government that many adamantly want to “keep out of our business,” until they are suddenly needy). Folks of every ethnicity and background find themselves thirsty when the water is tainted and hungry when refrigerators and stoves don’t work or food is not available. Many stores remain boarded up; many shelves are bare. Although the poor surely suffer more from the lack of insurance and dearth of options, waterfront millionaires can become homeless as quickly and as thoroughly and as pitifully as denizens of modest track houses and trailer parks. Lodging may not be available at any price. While Florida’s post-Hurricane Andrew regulations have helped to keep some newer places standing, winds and waves do not necessarily discriminate by class. The muggy, newly unairconditioned heat is hell for all of us. Downed lines unwire and endanger everyone alike (though neighborhoods and areas of underground utilities have a definite advantage). For challenging days or weeks, television, home phones, computers, and email might as well not have been invented. Some early adapters have mobile phones, but those often don’t work either, with many towers knocked down.

So, people talk. Much of that talk is supportive and informative: At first, whether and where roads are passable, what to avoid, how to handle intersections with traffic lights not working. Who has lost what, who needs what, who has what to offer. How to find a generator and use it without wasting precious gas, breathing carbon monoxide, or blowing up what remains of our homes. What will insurance companies and FEMA really do to help? How to get a vital service? When will shorelines be cleared and garbage be picked up before we putrefy from the stench of rotting fish along waterways and rotting food everywhere? How do we drain out the floods and head off mold before the whole house is rank if not dangerously diseased?  Where and how are more blue roof tarps available?

Even previously mundane “weather chat” is meaningful. Will the rains continue to hold off till the bashed and battered and leaking roofs are protected? “Hot enough for ya?” has new meaning. Will the most intense heat stay away until our world is again blissfully air-conditioned against muggy 90° heat?

Information is as vital as drinking water, interpersonal communication as crucial as a heat-relieving breeze. Some discussion is about the bad guys, those few who threaten the common good, rather than serving it: the looters and price gougers who prey on the victimized and the desperate, the occasional thief who absconds with generators and siphons gasoline from unguarded cars. Society can become a jungle as the fight for survival replaces “normal life.” But mostly, thankfully, it does not.

Fortunately, in the midst of the post-Ivan upheaval, most Pensacolans remain fully human and humane—helpful, caring, thoughtful, patient, often more so than usual, not less. Beyond the once-so-important and even volatile differences of lifestyle, and politics, and religion is the rock–solid underlying values that prevail: love thy neighbor as thyself. A premise as old as humanity, as good a fundamental guide as anyone could hope for—and that no one kills for. Christians, Muslims, Jews, Buddhists, Hindis, Agnostics, Atheists, and others share this functional morality while struggling mightily to remain human, together. As our homes and landscapes look like war zones, and bodies reek from the absence of such niceties as hot water (or, for some, any water), we come together for solace and for entertainment. We replace the omnipresent television and computers with actual human interaction. We fling open our doors and our windows, and our hearts.

As in the aftermath of 9-11, for a time at least, a spirit of community, empathy, compassion, and cooperation supercedes isolation, competitiveness, and self-centeredness. Perhaps the experience is similar for countless victims of other hurricanes, and of tornadoes, wildfires, ice storms, floods, and other sweeping disasters across the United States. If so, let’s grieve the losses together, yet rejoice in surprise opportunities to recognize and renew our best selves.

(See Your Disaster Story for the background of this story excerpt.) 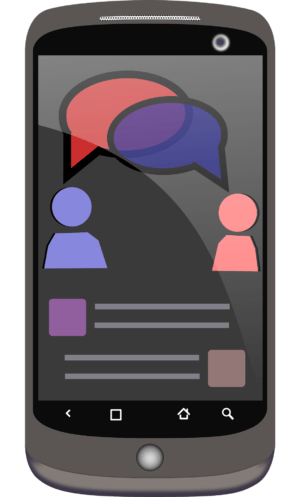 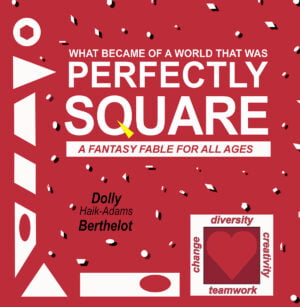