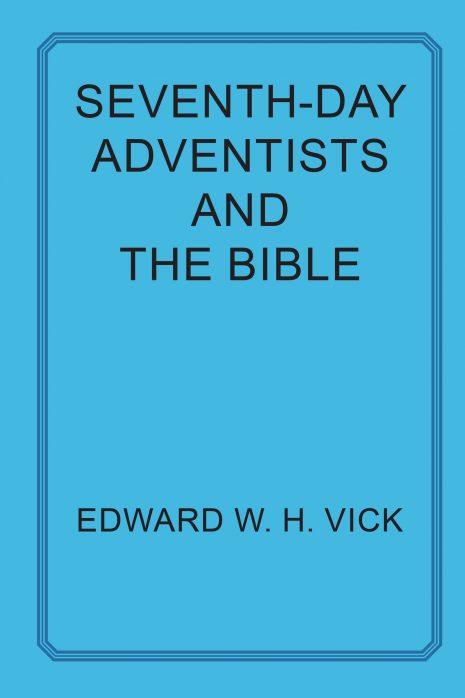 Seventh-Day Adventists and the Bible

In debates about the authority of the Bible, people commonly argue that the Bible is inspired, even inerrant, and therefore that it has authority. Is this argument valid?

Dr. Edward W. H. Vick argues that it is not, that authority does not derive from inspiration, and that terms like “inspiration” and “inerrancy” do not contribute to a belief in, or the authority of the Scriptures at all.

Using the example of the Seventh-day Adventist Church and debates over the inspiration and authority of the Bible and then of Ellen G. White, he outlines and illustrates the pitfalls of arguing directly from an idea of inspiration to a view of authority. In short, he maintains that a doctrine of inspiration cannot serve to establish the authority of a writing. Writings have authority as they are accepted by and used in the community.

As a philosopher with years of teaching experience in biblical studies and theology, Dr. Vick examines the way in which Christians speak about these issues and then asks whether what we say is contributing to what we do, or where we wish to go.

Seventh-day Adventists especially owe it to themselves to read this compact yet powerful book as they think about their use of E. G. White’s writings and their relationship with Scripture. Other Christians can benefit, however, as the arguments are similar whether one is talking about the Bible itself, an authoritative figure in your religious tradition, or a source of interpretation and application you view as authoritative. It is especially relevant in a pluralistic world. How is it that you decide what is authoritative?