The Hebrew Bible and Its Music: A Is for Abandon 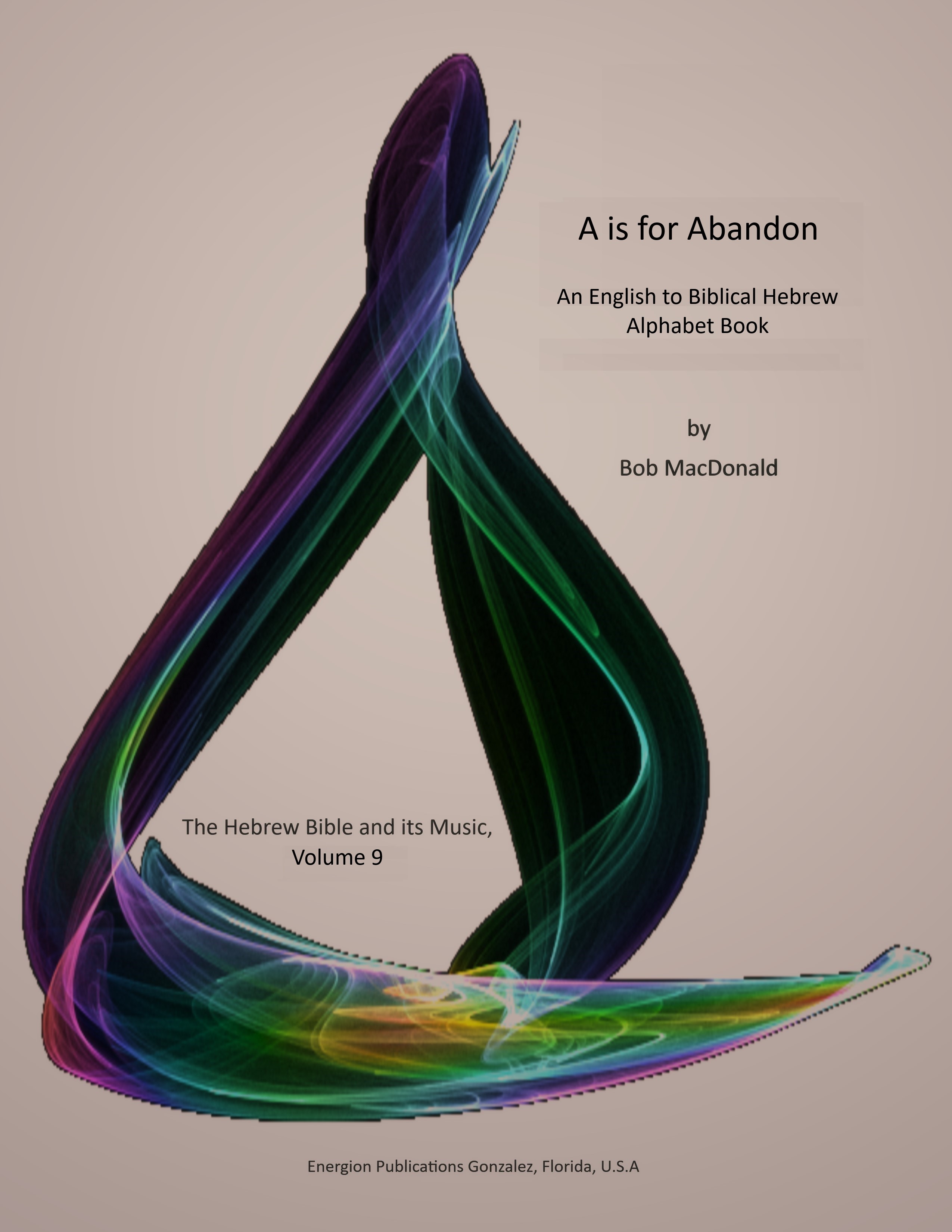 How can a person who reads no Hebrew get closer to the text and feel of the Hebrew scriptures?

This is a question that readers frequently ask, wondering whether they are getting an adequate immersion in the culture, rhythms, and vocabulary of those who wrote long ago.

Bob MacDonald, author of the monumental work Seeing the Psalter (Energion Publications, 2013), has continued his work studying the rhythm, music, and structure of the Hebrew scriptures He developed this close translation initially to show in English the intricate patterns of repeated words in Hebrew poetry.

Having discovered the inferences concerning the music at a conference on the Psalms in 2010, the author decided that the whole corpus of the Hebrew canonical text should be approached to allow English speaking readers some understanding of the music. The translation retains the order of Hebrew words wherever reasonable, so that changes in reciting note and ornaments can be in English on the same syllable that corresponds to the Hebrew.

Readers at all levels of biblical knowledge can benefit from the material here. While the translation is accessible to anyone who reads English, references to the Hebrew text are available for the serious student of the language.

A Is for Abandoned is volume 7 in the series and the last to be released.

Books in the series:

You can find further resources on the music of the Bible at Remembering and Reflecting.

Be the first to review “The Hebrew Bible and Its Music: A Is for Abandon” Cancel reply