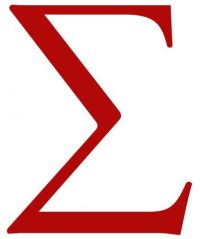 What Protestants Need to Know about Roman Catholics

What is it like in that church across the street? When “that church” is Roman Catholic and the person asking the question is a Protestant, this question can be very hard to answer. Do you actually know what Catholics do? Do you know what they believe? What difference does it make? Rev. Dr. Robert LaRochelle is extraordinarily well qualified to answer the question. He grew up and was educated in the Roman Catholic Church. He was ordained a deacon. Eventually he chose to move to a Protestant denomination and is now an ordained minister in the United Church of Christ. But he isn’t an angry ex-Catholic. In this book he will list for you the key beliefs and practices that distinguish protestants from Roman Catholics. But this book is not just a catalog of differences and similarities. Bob LaRochelle approaches this topic with a serious interest in dialog, in learning from one another, and in ecumenical outreach. This book is intended for any Christian, but it will be especially useful to parents in multi-faith households, to church congregations with an interest in Christian community, and to religious education programs. It is a companion volume to the forthcoming book What Roman Catholics Need to Know about Protestants, also by Bob LaRochelle.